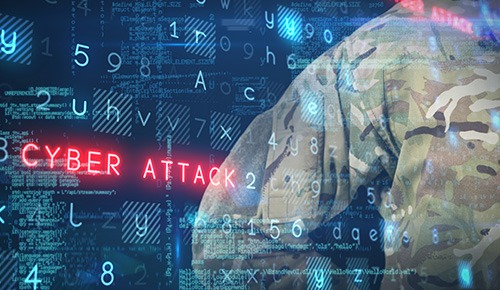 The world is at war, and confusion reigns supreme. Viruses, airstrikes, energy shortages, skyrocketing fuel prices, widespread poverty, and Fake News. An apocalyptic scenario in which we no longer even know who the real enemy is and from where the various types of attacks can arrive. So, while TV and newspapers report on explosions and victims east of Europe, another great cyber warfare is being fought in cyberspace. The one waged by cybercriminals who always benefit enormously from confusion.

The fronts are different here as well, however. According to the Threat Intelligence division of Check Point Software Technologies, cyberattacks targeting the government and military sector of Ukraine have increased by 196%, those targeting Ukrainian citizens, companies, and institutions by 20%. Also, against Russia, the increase in attacks has been remarkable. This is also because of famous circles such as Anonymous and GhostSec. The former claims to have stolen 20 terabytes of data from the Russian state-owned oil company Rosneft. The latter carried out some special attacks, such as the theft of a database containing the personal data of over 120,000 members of the Russian army, including phone numbers and addresses. These are joined by other hacker groups, such as Belarus activists, some Russian-speaking mercenary groups, and the Conti Group, which is well known in the cyber security world for its ransomware attacks. As you can easily imagine, all of this has severe repercussions on a global level. According to CheckPoint’s monitoring, attacks on government and military sectors worldwide have already increased by 21% since the beginning of the conflict. This is an undeniable sign of how much the Russian-Ukrainian war is a global conflict and not only confined to the geographical space of the two protagonist countries.

Fake News, among manipulation and fraud

In short, real cyber guerilla warfare is full of conspiracies and unexpected twists, false information, and deception. For example, it seems that it is not true, as it was announced by some, that the collective AgainstTheWest had been resurrected to join Anonymous. Just as it seems not to be true that the Dubna Nuclear Power Plant systems have been hacked. In fact, the video used to claim the supposed cyber attack has been on YouTube for a year already. The list of Fake News is incredibly long. So long that distinguishing real news from fake news has become an actual undertaking. So much so that the BBC has decided to provide a list of valuable tips to defend against Fake News. Advice should help citizens untangle themselves from old videos, edited photos, propaganda, and fake fact-checking sites. In short, so much material that not even the most exciting cyber-thriller could be more inventive. Unfortunately, this is not a movie but the reality that we are all living.

Charity: use only official sites

Meanwhile, terrible images of war are being exploited by cybercriminals to appeal to a sense of compassion and a desire to help civilians in need. It’s no coincidence that spam campaigns and scam campaigns targeting charitable efforts have intensified during this period. Thus, as new research on the latest wave of spam and phishing, presented by Bitdefender labs, has shown, cybercriminals posing as UNICEF, the Ukrainian government, the international aid agency Act for Peace, or other fundraising projects such as the Ukraine Crisis Relief Fund, are circulating in Europe and the US with a campaign saying “Support the people of Ukraine. We are now accepting donations in cryptocurrencies, including Bitcoin, Ethereum, and USDT.”

Obviously, the e-mails coming from Chinese IP addresses have only one goal: to scam unsuspecting users, inviting them to pay money. Therefore, it has nothing to do with charity and with aid to the Ukrainian people.

A war that overflows with phishing emails and spamming

Many European manufacturing companies are victims of this war, targeted by a phishing e-mail campaign, “Supplier Survey: Effect of the supply chain from the Ukraine/Russia conflict.” In the e-mail, the hackers, in disguise, solicit the receiving suppliers to fill in a form in attachment to signal eventual delays and backup planning. Fertile ground that exploits the worries caused by the war and the severe supply consequences. Obviously, the attached Excel form contains a well-known Malware-as-a-Service capable of stealing confidential data and information such as login credentials, keystrokes, and memo data. In such a scenario, Italy isn’t at ease since the president of the Parliamentary Committee for the Security of the Republic, Antonio Urso, recently launched a warning cry on our country’s vulnerability, pointing out cyber warfare as one of the significant risks that can affect us. The National Cybersecurity Agency has stepped up the pace by warning Italian companies of the urgency of “conducting a risk analysis of the cybersecurity solutions used and considering the implementation of appropriate diversification strategies regarding, in particular: antivirus, web application firewall, e-mail protection; cloud services protection; managed security services.”

No tool can guarantee total security because the weakest link is always human error. And it is only by limiting the latter the risks can be significantly reduced. There is only one way to do this: training, which must always be up-to-date, and practice, which must be constant and uninterrupted. Because only by getting to know the world of the web well and learning in the field to recognize the various types of attacks can we be confident of not encountering unpleasant surprises.